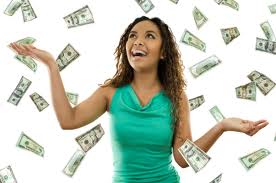 Invest! It can make or break your online business!

The English Premier League is back in full flow after the summer break and it’s interesting to so see how the clubs have got their checkbooks out.

The panic starts to set in particularly if a club had a season to forget about or were fighting relegation.

This was the case for my own team Aston Villa.

They have been fighting relegation from the Premiership for 5 consecutive seasons and going into this new season it looked as though it was going to be another fighting affair.

This was especially true when they lost the “spine” of their team in centre back Ron Vlaar, Captain and midfielder Fabian Delph and star striker Christian Benteke.

They all left for pastures new in the summer season and many fans were thinking “oh no, what a season we are going into.”

The good thing was that through the sales of these players and several other which amounted to in excess of £40 million Villa were able to buy 10 new players.

Most of the new players are young and some look to be outstanding. Time will tell though.

Now it will be interesting to see how some of these new players will get on. If they are a great success then no doubt the bigger and richer clubs will come sniffing.

This may be good though. For example, we have bought a 19 year old exciting player from FC Barcelona called Adama Traore.

We have bought hie for an estimated fee of £7 to £12 million. The exact figure has not been disclosed but these figures were stated in the press.

Now Traore trained with the likes of Messi, Neymar, Suarez, Iniesta and Xavi at Barcelona. He has been noted to have a bright future ahead of him.

If he lives up to expectation then he could be sold by Villa for £50 million. So Villa may make in excess of £40 million profit!

If you look in terms of starting an online business you have to invest time, effort and capital.

Many people who start don’t want to do these. They don’t see the bigger picture over the long term.

If you can project into the future then by putting in time, effort and capital into your business then you could end up with a business worth millions.

In terms of capital, you may initially have just invested $500 but this very business may pay your thousands monthly and if you were to sell it you could get millions.

When starting an online business you have to think like a Premier League Manager. You have to invest and keep on investing! Don’t sit on your laurels.

Remember there are 3 ingredients…time, effort and capital. Don’t neglect any!

Hi, my name is Kevin, thanks for checking out my blog. You can find out more about me here. Please be sure to comment if you found something interesting! Thanks!